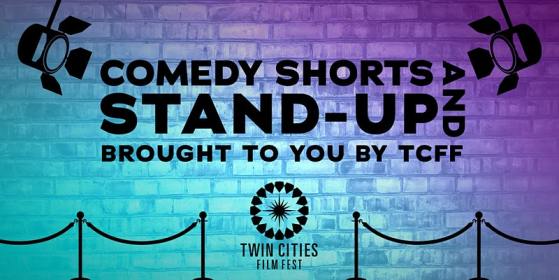 A new season and a new location! Join us for the “TCFF Comedy Shorts and Stand-Up Show: HER Series” happening Thursday, January 20, 2022, at the Twin Cities Film Fest Annex.

Featuring two of our female-forward, comedy short favorites of the 2021 Twin Cities Film Fest. Plus, see some of the best stand-up comedians in the Twin Cities, live at our newly opened TCFF Lounge and Performance Studio.

28 IS GREAT written, produced and performed by Jasmine Dorothy Haefner (A conflict ridden crew attempts to film a mystery project knowing the only people they have to rely on is themselves.)
BATHROOM BREAK written by Simone LeClaire and Marina Kittaka (It’s so fun in the club bathroom and everyone’s so nice to each other there! Can Mari admit she secretly prefers to spend her night out…..in the bathroom?)
Stand-Up Comedians Include:

The Twin Cities Film Fest Annex and Performance Studio is conveniently located in the Shops at West End in St. Louis Park. Plenty of free parking is available for all attendees.

Tickets are only $10 for TCFF Members and $20 for non-Members.

21+ only, (includes hosted beer and wine)
Masks are required.